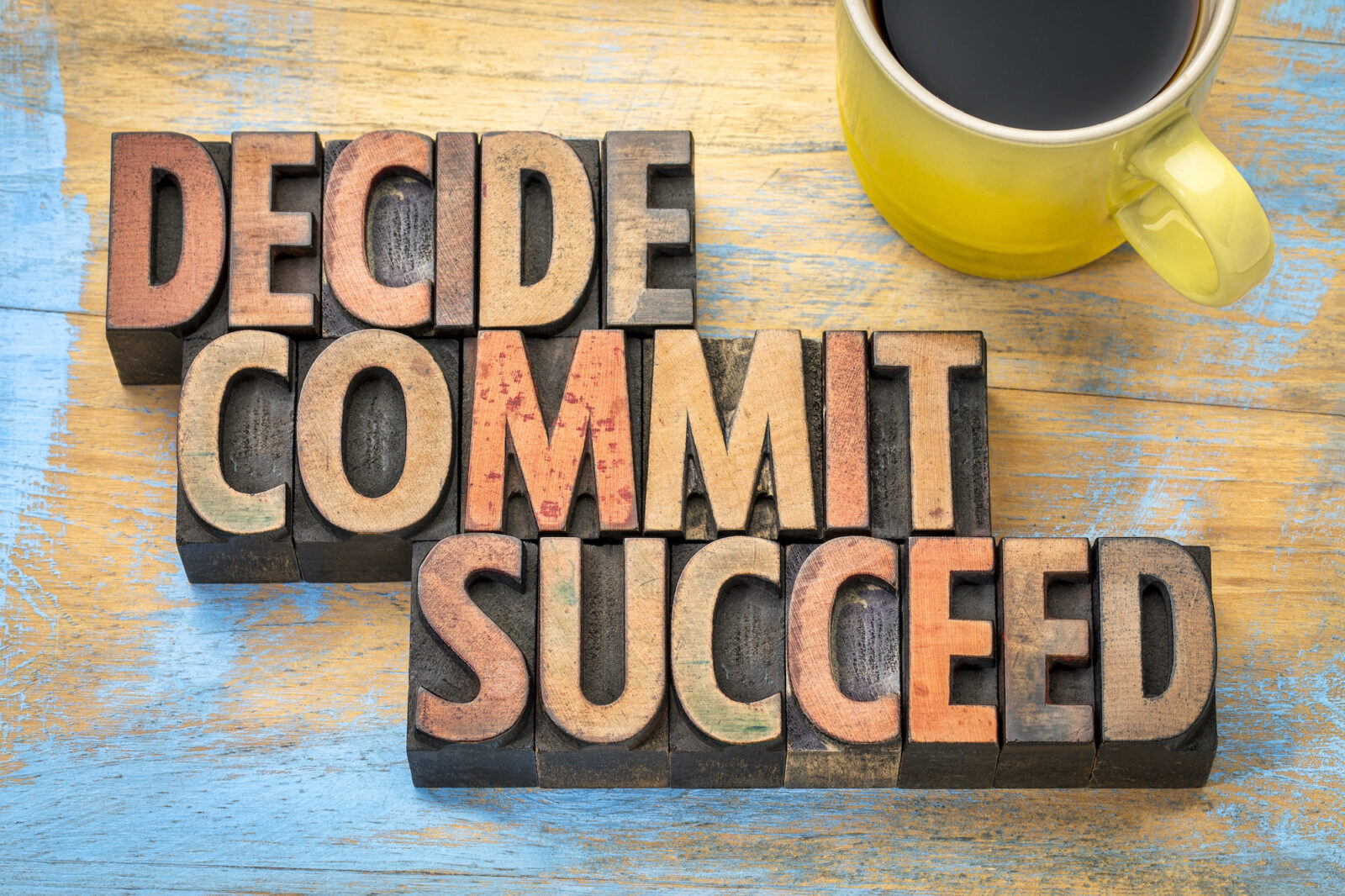 When we plan to succeed it gets us through the tough times. Just about any famous business strategist who has millions of people looking to them for advice on success will tell you that in order for you to be successful, you need to decide to be successful.  I agree and nothing reminds me of that truism more than my first coaching session with my (then) future son-in-law.  Jack had recently decided that he wanted to become a financial planner and he wanted to gain some skills, support and wisdom from his soon to be father-in-law who seemed to know a thing or two about professional development.

So, on our first cup of coffee together, we talked about his decision to succeed. The first step in deciding to succeed is to define what success is.  Without skipping a beat, Jack outlined specific answers to that question.  He wanted to be the local guy who can help people achieve their financial goals; he wanted to earn a good, stable income; he wanted flexibility in his work. Family is important to him, so he wanted to be able to focus on his role in his family. It was important for him to be involved in his church and community; and he wanted to be able to balance all his priorities in life. I was impressed by this very decent list, coming from a young pup.

We talked about how the benefits of success come as a result of his vision of success – literally being able to see it. That visualization and his ongoing effort to gain clarity, and add details to the vision, was the surest way to make that goal of success come true for him. It’s important to note that everyone’s vision of success is different.  It’s also important that leaders claim the vision that is specific to them – not what their family or partner or community wants or expects of them. Instead, the focus must be what they truly want for success in their life – because there isn’t any other way take the first step to achieve that success.

Then I shared my next nugget with Jack. Step two in the success plan is to decide to succeed.  Make the commitment to work toward those goals and assume that the plan is going to be successful.  Put another way: “Plan your work and work your plan.” He made that commitment to me and we moved to the next point.

The next thing we talked about is (pardon the clichés) that success won’t happen overnight. Like many people in their twenties, Jack had had a couple of frustrating situations occur. He had the experience of feeling limited by choices, and he all but decided to create that change by leaving. We talked about how success at the level he desired was going to take time and effort. Through our discussion, he decided that he was going to give it his all and commit to doing his best for a year, with the expectation that he will succeed, before evaluating this career choice for the long term.

And, though I could have just let it go at that, I decided that I’d push just a bit more and create with him a Quitting Prevention Strategy.  I asked Jack to think of ways that he could stop himself from considering leaving the profession during his challenging first year in the role.  He came up for a few ideas that would be helpful for him.  First, when he started that spiral of negative thinking, he was going to stop, and change his thinking. We talked about how he could possibly reframe his thoughts knowing that there were times in his past when things were frustrating, and he successfully found ways to work beyond those frustrations and find different ways to succeed. With those in mind, I reminded him that the frustrations that he overcame in the past taught him things and prepared him for any future frustrations he may face. He planned to ask his future wife, Laurel, my daughter, to kindly reminded him that he committed to trying it for a year.

Then, we dug deeper into the plan to succeed. The most natural place to start for Jack was with the numbers and so he tried to quantify what financial success might look like. We started some basic math that he continued to work on between our coaching sessions and he created a breakdown of what he wanted and what it would take to be successful. Now he had some specifics to add to the plan. And, an added benefit of doing this part of the planning solidified for Jack that he was certain he was built for a career in financial planning because these financial forecasting tasks were definitely engaging and within his skillset. In other words – he treated himself as he would treat a client in this role – “Plan your work and work your plan.”

Lastly, we did some of that more detailed work with his other success goals, even though they weren’t as easily quantifiable.  We created a process that helped him be organized, have benchmarks from which he could evaluate how he was doing and a quick way to measure how he was working toward success.

Jack’s a fantastic guy and I’m extremely proud of him. I’m sure he’s incorporated many of these skills throughout his goal setting process because he has become the man that he wanted to be so long ago.  In the 10 years since we had this conversation, I can see the outcome of it – he’s met and exceeded many of these goals. He was able to trust the process, work the plan and most of all, decide to succeed.

2 thoughts on “Decide to Succeed”