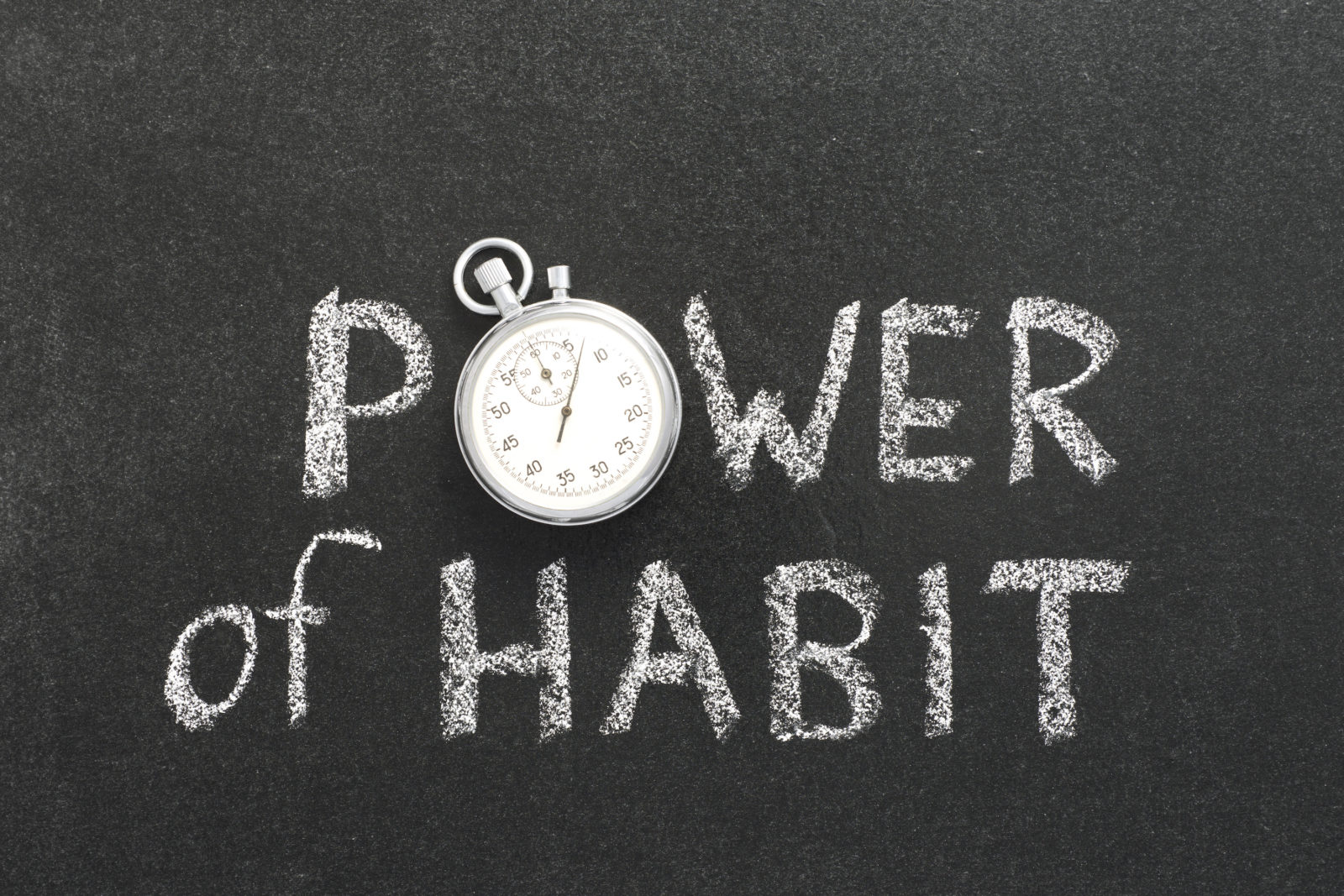 Habits are very powerful things. Many of our habits help us accomplish the things we want to achieve. There are other habits that lead us down the wrong path. We have to understand the difference between good and bad habits – and what to do about them – because habits are powerful in both directions.

One of my favorite children’s books is The Berenstain Bears and The Bad Habit by Stan and Jan Berenstain.  This book very effectively shows that a habit is something you do so often, you don’t even think about it. Habits form a deep rut along a path where you can move effortlessly.  Habits are extremely powerful and, in many instances, they’re positive: like brushing our teeth and being polite.  They just come naturally. The power of a habit is making a choice about the outcome you want and the actions that may lead to that. In its simplest form, brushing your teeth is going to lead to strong teeth and good dental health.

Attitudinal habits such as being optimistic, thinking well of people, respectfully challenging people, providing good feedback, and sharing your opinion –are the types of habits we can choose that allow us to make a difference.

The power of the habit is twofold: first is the power and confidence you get from practicing the habit on a regular basis until it becomes part of you.  Additionally, when a habit is something that doesn’t require a lot of effort – because it’s already ingrained. It saves time and energy because it is just the way you do things.

For example, you may not have a habit of exercising. One way to change that is to change the way you think about exercise. You get to decide the thoughts that will motivate you into the action you want. Perhaps believing that exercise will help you sleep better, or improve your relationships or improve your health… whatever thoughts inspire you to action will lead to positive outcomes until they become a habit.

Most people don’t change their habits because it’s not worth it to change. They don’t feel there is a big enough return for the effort they feel they’re extending.  Sometimes if people don’t get the reward within the same time frame that they have the expense, they have a very difficult time sticking with the action until enough time has passed and it becomes an effortless habit.  That’s why someone may choose to sleep late rather than get up to exercise.  The perceived benefit from the habit just isn’t great enough to inspire the action.  It’s probably time to reexamine their thinking or maybe it’s not a habit that person actually wants.

People who want to change a habit often need help from others around them. That’s why most habits are changed with a lot of encouragement and support from the people in our lives. Unfortunately, most of the people around us don’t encourage us to change. People actually prefer that we stay the same. For example, if you decide to eat better, but when you go out to eat with friends, choosing a salad instead of a burger will be surprising to them.  People are accustomed to seeing you eat the burger and they may even give you a hard time. You may need even more willpower to stick with your motivating thought and actions that will help change the habit.

The same thing is true in a leadership role. If your current habits include such things as showing up late, having unclear agendas, or giving unclear feedback – a shift in these habits may not lead people to be encouraging because you’ve disrupted the typical system. They no longer know what to expect from you.  To make the shift, you have to be resolved in the thinking and actions that are necessary to attain and form the new leadership habit.

The habits we have are actually reaping a destiny that becomes our life. It’s powerful to make sure that you do that in a way that works for you. That’s how powerful a habit is.

Peter’s Recommendation:  A great book on this subject is “The Power of Habit” by Charles Duhigg. It’s a summary of not only how to change a habit, but also the habits that make a difference to successful people

2 thoughts on “Power of Habit”