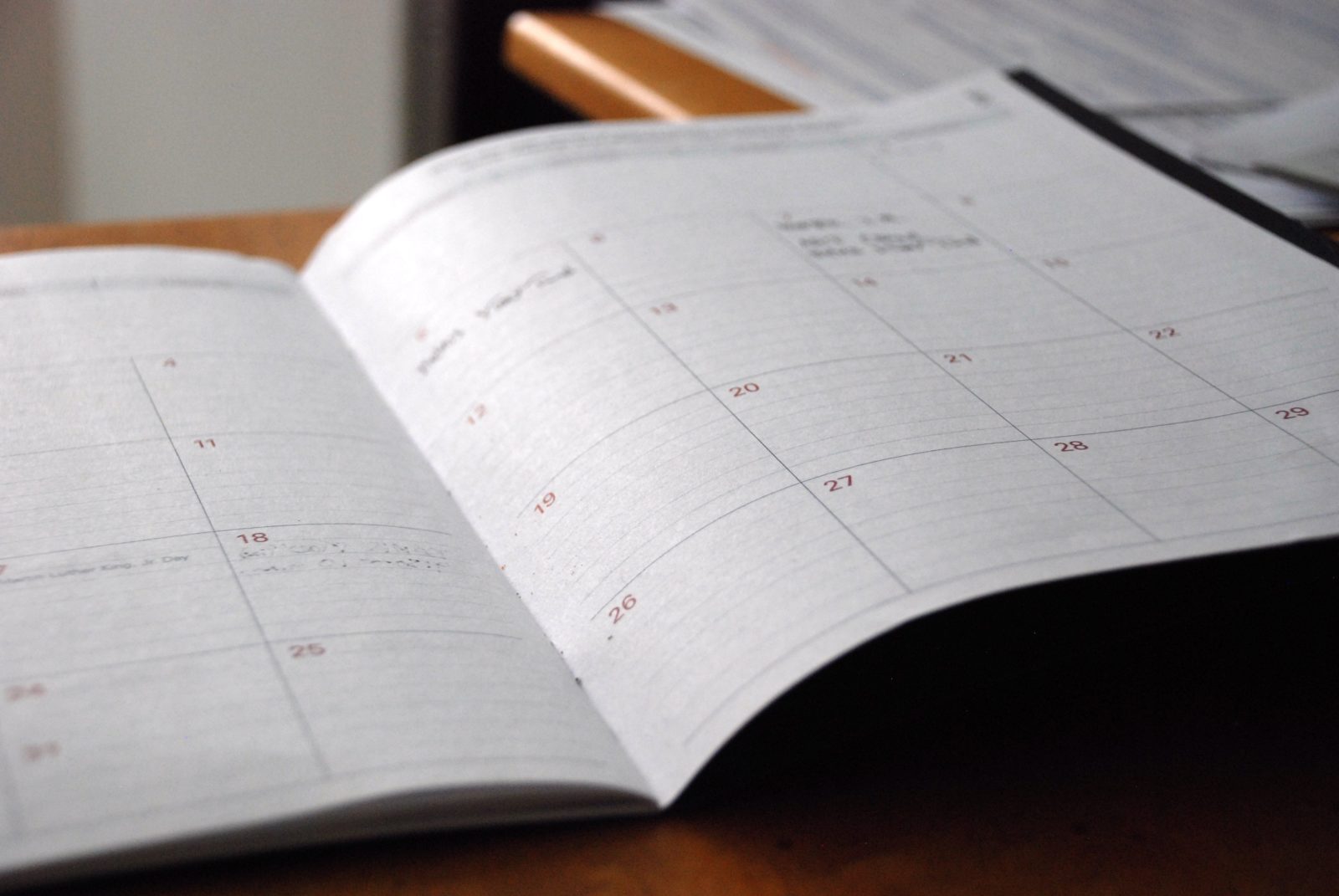 Busy lives require us to take control of our schedule so it doesn’t take control of us. So many executives tell me their schedules are out of their control and don’t know how to make more time in their life. They wish they used their time more effectively – to better focus their work, connect with their team, and integrate their personal life. Said differently, they want to be in control of their time again.

My first response is to ask them how far out they have scheduled their time. Would it surprise you to hear that most don’t have a clear answer? Some executives may not even know what they have planned for next week.  They spend their days moving from meeting to task because they have turned the ownership of their calendar over to an executive assistant or chief of staff.  It’s fine to have someone else schedule appointments on your calendar, but in order to truly lead,  you need to own your priorities, schedule them with commitment and plan how much time you need to prepare for and follow up from each event.  That work is yours to own – something you can’t delegate away.

The most effective method of planning for those at the executive level, or for anyone who wants to be an executive of their own life, is that they should plan 18-months in advance. Yes, that’s right. You should be planning out 6 quarters beyond the current timeframe.

While that might feel overwhelming at first, it’s actually very freeing.  When you have something important planned 18 months in advance, you know that you have already made and secured time for it. You don’t have to make time for it in the future, squeeze it in around other things or move meetings around and disrupt other people’s calendars.

In addition to allowing you to focus your thoughts and priorities, it’s also much more respectful to the people you’re interacting with to plan your calendar well. It allows people to depend on you to follow through on your commitments. Don’t let your lack of planning create an emergency for you and a disruption for someone else.

When we cancel meetings, and appear disorganized, we lose the trust of others. Owning, managing and committing to your calendar builds trust with people. Equally as important, it also builds trust with yourself. If someone says they don’t have time for something, it’s because they haven’t planned for it.

I found that 18 months is a great planning window. I challenge each of you to figure out what are the big things you need to get on your calendar for the next 18 months, make them a priority and get them scheduled.

Photo by Eric Rothermel on Unsplash