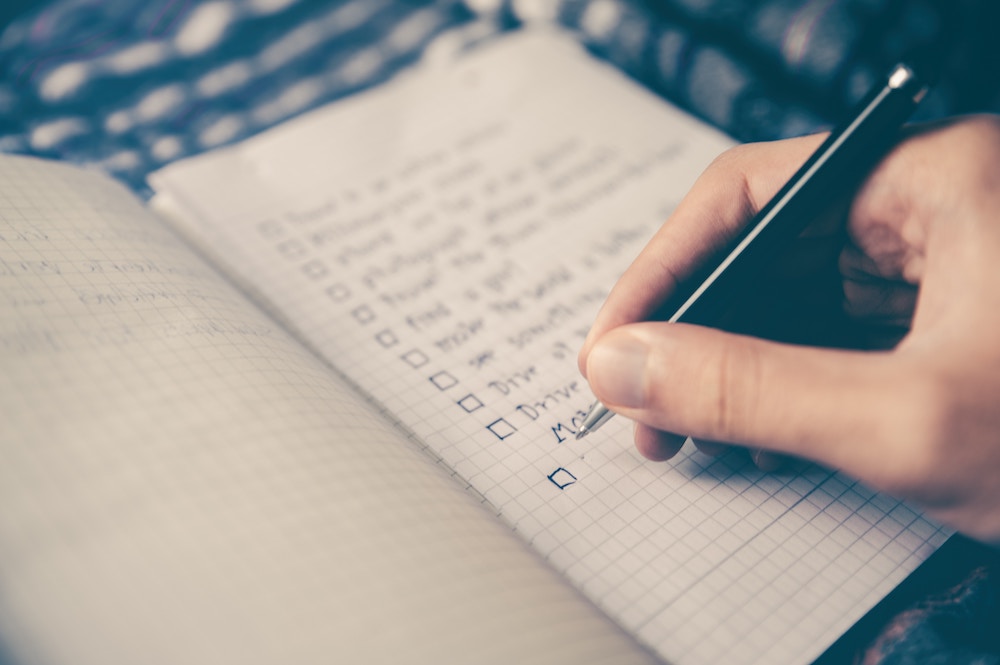 I’d like to share a personal story to illustrate how a simple routine checklist can help you be a better leader. When my late wife, Ardy, was in the hospital for three months we had a lot of interactions with health care providers. I have worked with many healthcare leaders and I know that there are several things that should happen in the first 30 seconds of a provider walking into a room that greatly enhances the health of the patient. They may look like small things, though they have a huge impact on outcomes.

The first of the eight things were to introduce themselves upon entering the room. Next, they should announce why they are there. The third was to address the patient by name and fourth was to ask how the patient is feeling.  The fifth was to acknowledge and make eye contact with any personal caregiver in the room and the sixth was to inquire after the caregiver. The seventh was to announce what procedure they are performing. Lastly was to say goodbye upon leaving and to outline what the next steps were for whatever procedure they were performing.

What we noticed was that not all the providers were performing these eight tasks. I was sitting with my daughter and we decided to make it easy for them. Since we were advocating for my wife, we wanted to indirectly trigger, or gently remind them if they missed one of the tasks. If someone came in to take blood, and they just walked in and grabbed Ardy’s arm, we’d introduce ourselves and ask what they were doing today. At the time, Ardy had lost her vision, so it was important for them to say what they were doing verbally so she knew what was going on. We would also ask them how they were and then they would often reciprocate.

If they didn’t announce the specific procedure in an understandable way, we asked what they were going to do and how long it was going to take. And as they were leaving, we would thank them by name.  By knowing their checklist and helping them go through all eight steps, we think that created a better experience for Ardy.  When health care providers followed the checklist, Ardy and our family knew that we were important and valued and that the health care professional was following high standards.

Now, from a leadership perspective, here’s the point of the story: Even if you tell everyone what is expected for routine processes in their job, but then they don’t do it, you must help them create the habit.  The best way to create a habit is to create a checklist.  A way to reinforce that habit is to pair the checklist tasks with another desired habit. In the hospital setting, the best health care providers would enter the room, use the antibacterial soap to wash their hands for 60 seconds, and greet everyone in the room at the same time. We later learned that the most proficient providers had been taught to pair those activities together.

Once we understood the hand washing protocol, we noticed when people were not washing their hands and we would ask them not to act until they scrubbed up. On one occasion, someone failed to wash before checking Ardy’s IV site and she got an infection as a result. It’s so important as a leader to make sure people are following the protocol and to make corrections as necessary.

“Checklists seem simple”, Atul Gawande, MD, author of the Checklist Manifesto says. He notes that they are sometimes hard for us to accept as a necessity when we’re in high-powered jobs that rely on our skills and knowledge. But humbling ourselves by using a checklist can improve our performance and help us achieve more consistent results. “They remind us of the minimum necessary steps and make them explicit,” writes Gawande. “They not only offer the possibility of verification but also instill a kind of discipline of higher performance.”

As leaders, we probably already have checklists for onboarding new clients or orientating new employees. Now we should look for other places to incorporate checklists into our work.  How do you track your networking and business development efforts?  How about your regular reports or financial statements? A good checklist is precise, efficient and easy to use even in the most difficult situations.