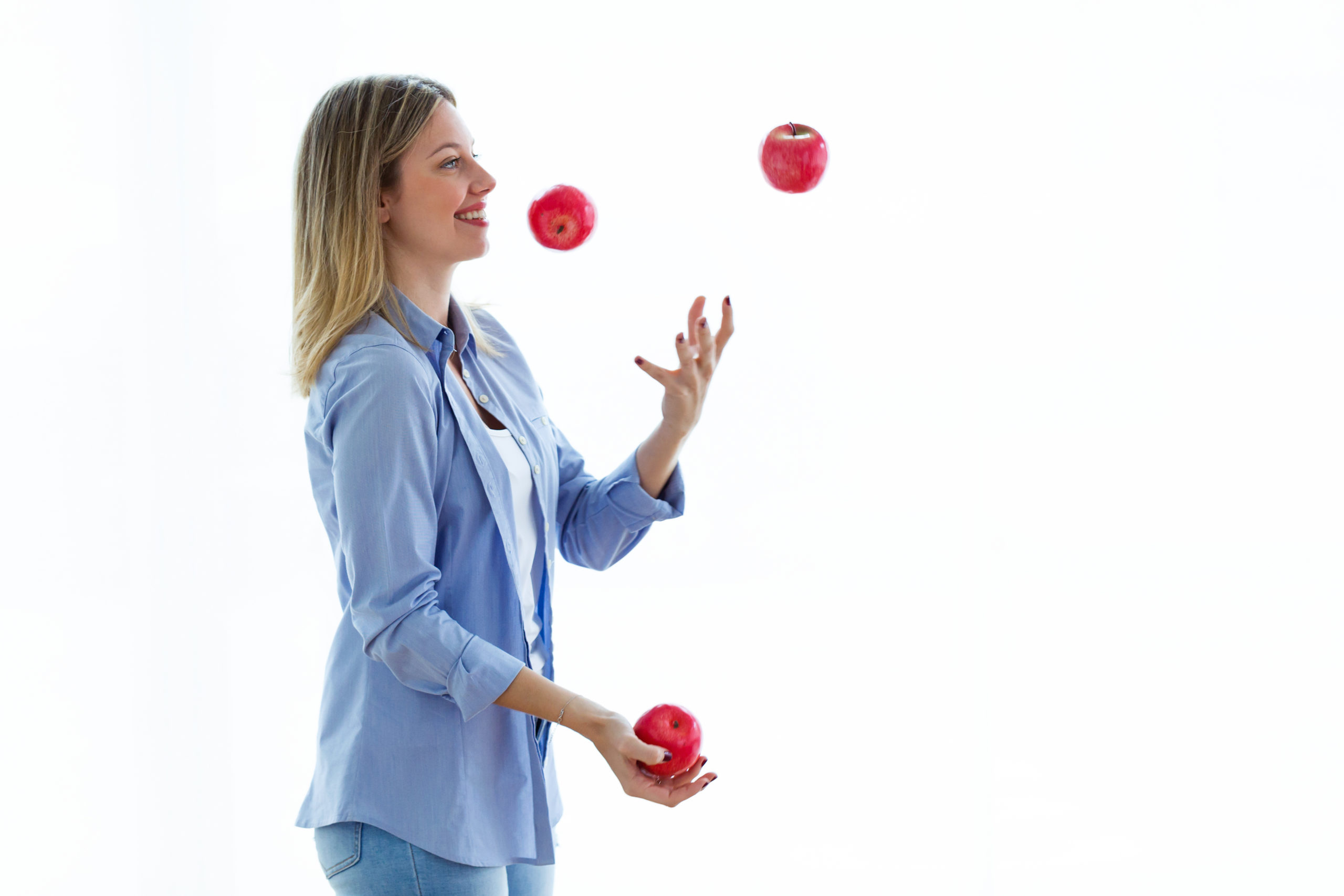 We can often learn while we are waiting. When I was in college, I played tennis with my friend John. There were many times when we would have to wait for a court to become available, so we used that time in the most productive way possible. He taught me how to juggle.   Since we had three perfectly weighted balls and lots of time, we decided it was a fun and important skill for me to have.

Now, I can teach anyone how to juggle – and you only need to learn two or three skills in order to do so successfully. The number one skill is to be able to transfer an item from one hand to the other in an extremely consistent way. When I’m teaching people to juggle, we start with just one ball, and I teach them to throw the ball to the height of their forehead and catch it in their other hand.

You need to practice, sometimes quite a bit, to achieve the consistency that allows you to catch the ball without really paying attention. Once you have established that skill, you can juggle three balls. Most people don’t know how to juggle because they don’t know how to learn how to juggle. If you want to learn how to juggle, you don’t start with three balls. That will only lead to the balls dropping consistently and you’ll be frustrated. It’s too confusing to do all at once until you break it down the basic skill of throwing and catching consistently.

If I was going to teach you to how to juggle three balls in 30 minutes, we would spend over 15 minutes just tossing the one ball from hand to hand to build that consistency. After you have that skill, you move on to the second ball and work on releasing the second ball before catching the first ball. The second skill is a timing issue. Then we add the third ball, and again it’s a timing issue.

The number one reason that most people don’t know how to juggle is they don’t know how to fail. Like many things, it takes practice and there are a lot of failures when you’re learning.  The ball drops a lot.  A really important skill when learning to juggle is to simply pick up the dropped balls and try again. When you drop it again, pick it up again!

Experts have measured the success of world-class athletes and what world-class athletes tell themselves after a failure.  Their mindset is the difference between success and failure.  They need to fail without giving themselves negative feedback. So, if you’re juggling and drop a ball you don’t tell yourself that you can never juggle. You tell yourself that you just have to keep trying.

Most people that I try to teach to juggle won’t last 30 minutes.  The failure of 30 minutes is too difficult for them.  They just don’t have a deep enough desire to learn to juggle. As soon as it becomes hard, they quit. Those people who really want to learn how to juggle break through the fact that they are failing while they are learning and keep practicing.

There are multiple leadership lessons when learning how to juggle:

First, break down the skill into small increments and get really good at that foundational skill. If you’re learning how to do a complicated spreadsheet, or how to make a good decision, or how to run a good staff meeting, break it down to a single, key skill and practice it. Once you’ve mastered it, add a new skill.

Secondly, when you’re learning a new skill, remember the reason that you are learning that skill. Have the desire for that reason be stronger than any failure.

Then you can move that skill you built into your habits. In juggling you gain the habit of moving the ball through space without thinking about it. In skill building for that spreadsheet or decision-making or the staff meeting, you keep building on your skills until they become automatic.  Then, when you’re called upon to use those skills, you won’t have to think about them because you’ve improved them so much that they’ve become your habit.