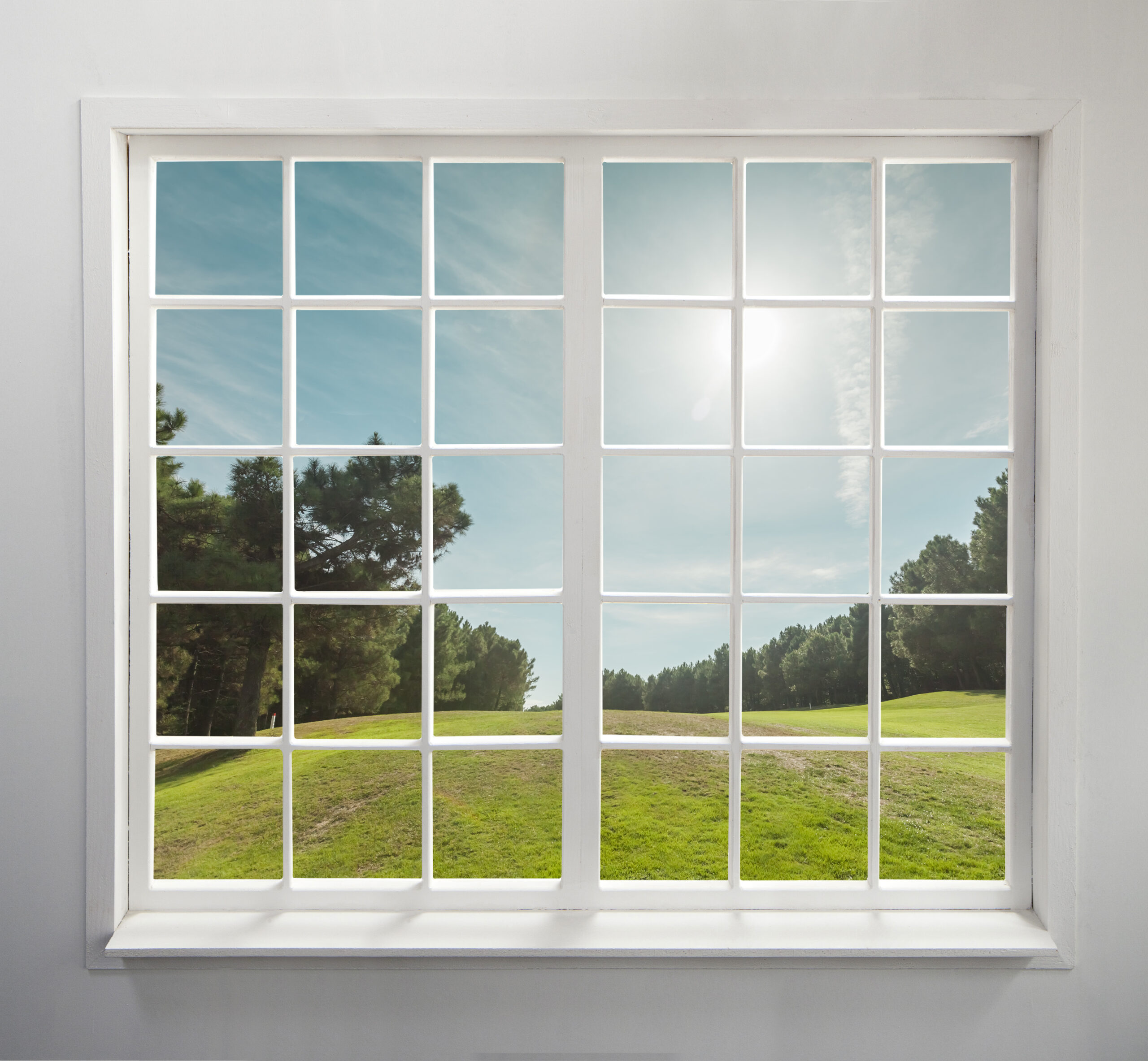 I was coaching three people from an executive team and had the enlightening opportunity to hear about their daily operations and meetings from these three different vantage points. Since each of us sees, hears and feels the world very differently, these three people told the stories of what happened from their point of view and they were significantly different depending on who was telling the story.  We may know the same facts, see the same thing, hear the same words and even share similar feelings, yet we have completely different experiences. Why is that?

Out in front of every person is a large window through which they see, hear and feel the world. It is invisible to most, but if you observe yourself very closely, you can notice it. We have each written on our windows a series of guides and principles which affect our behavior.

Some people refer to these windows as paradigms. The word paradigm is derived from the Greek paradeigma – a pattern or map for understanding or explaining certain aspects of reality. Steven Covey, in his book, Principle Centered Leadership says, “While a person may make small improvements by developing new skills, quantum leaps in performance and revolutionary advances in technology require new maps, new paradigms, new ways of thinking about and seeing the world.”

Seeing our own belief windows and the degree to which they dictate who we are and how we act can be both a severe shock and a life-changing experience. What’s written on our window defines who we are, how we act and who we may become.

An illustrative story: There once was a man crossing a very hot desert in the Southwest. The sun was shining down intensely as he made his journey five miles across the barren sand. All he could see was the sand as far as his sight could reach. The man was very weary, yet he carried the door he had taken off his old car across the desert. The door was heavy, yet he insisted on dragging the car door along.

As he finished his journey in complete exhaustion, a passerby asked why he had dragged an old rusted door across the hottest desert of Arizona. The exhausted man replied, “So when I got too warm I could roll down the window and be cooled by the breeze coming through it.”

The story of the man illustrates how we carry many beliefs that are not only incorrect, but that hinder us from getting to where we want to go. Our minds buy in to principles and beliefs. Once bought, they are accepted as truth, even if in reality, they are incorrect. These principles then govern our outlook and actions.

Often, we believe that events control our lives and that our environment has shaped who we are today. Here’s what is really true:  it is not the events of our lives that shape us, but rather our beliefs about what those events mean.   There is something very important to keep in mind when examining belief windows: the brain cannot differentiate between what we have experienced and what we have imagined.

By walking through their belief windows with each of them, we were able to see where their beliefs had become generalizations about what they had learned in the past. They were also able to determine if something they saw, heard or felt was positive or negative based on their interpretation of their experiences.

What I really wanted them to realize was that belief windows can be inspiring, or they can be limiting.  Our beliefs command us to certain actions, behaviors, attitudes and feelings that have the power to expand or destroy the possibilities of our future.  By examining our belief windows, we can become more open to possibilities and stay open to the best possible interpretation of events and interactions.